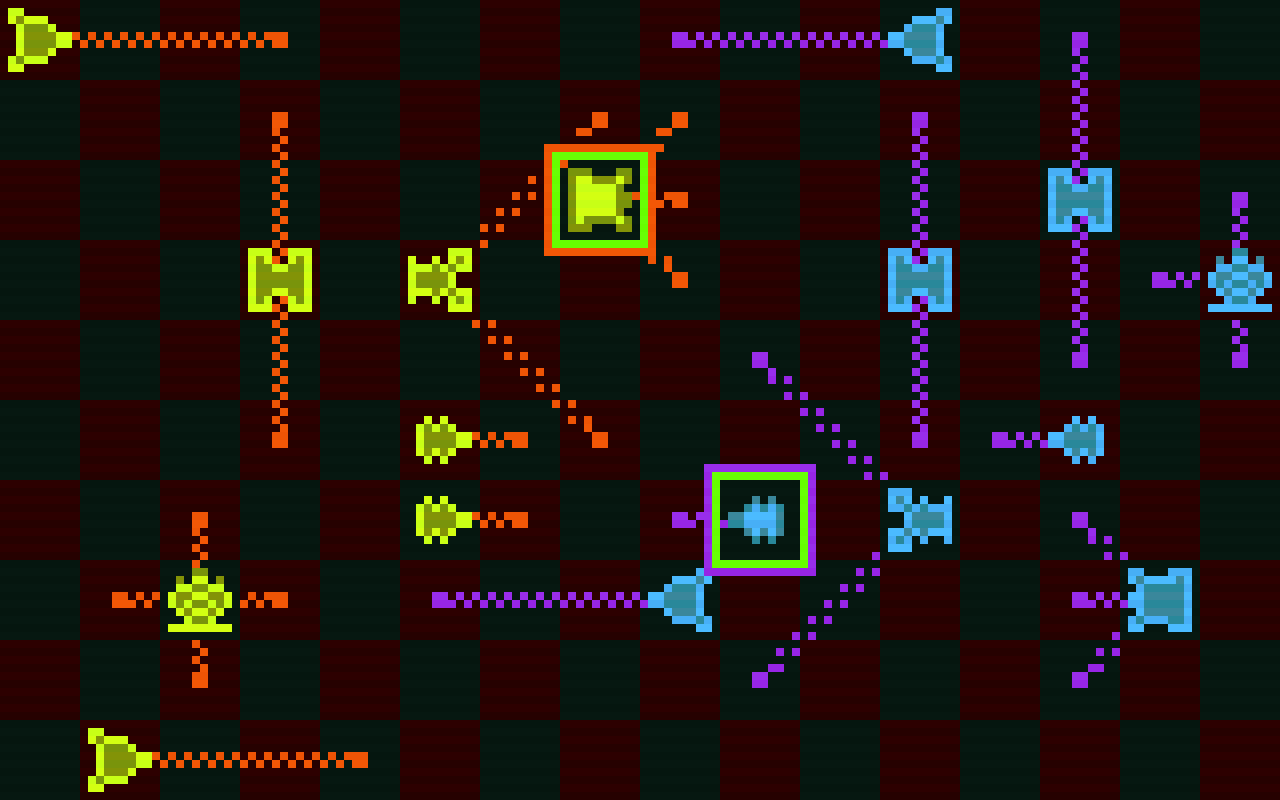 I started making these early last year, with Exuberant Struggle for the TIGSource Versus Competition. It felt very rich with possibilities, so across the year I made several more.
At some point someone suggested that I should try putting them on iPad. So I bought one, ported Glitch Tank over, and found it worked amazingly well. Better than the original in fact, as though it was meant for a touchscreen all along. (If you have the privilege of owning an ios device, I highly recommend getting Glitch Tank for it - even if you find this PC version too confusing for you, you'll likely get on with the touch version a lot better.)

I got a bit discouraged after that though, because the other games did not port over anywhere near as naturally and the sales figures for Glitch Tank were not very promising. So I've sat on these for a while, occasionally tweaking them a little, occasionally struggling with the ios versions. But they need to be released, to be played, so here they are!

They're local-multiplayer only: there's no AI, no networking, you just play against a friend sharing the same keyboard.

Find a friend. Play them. 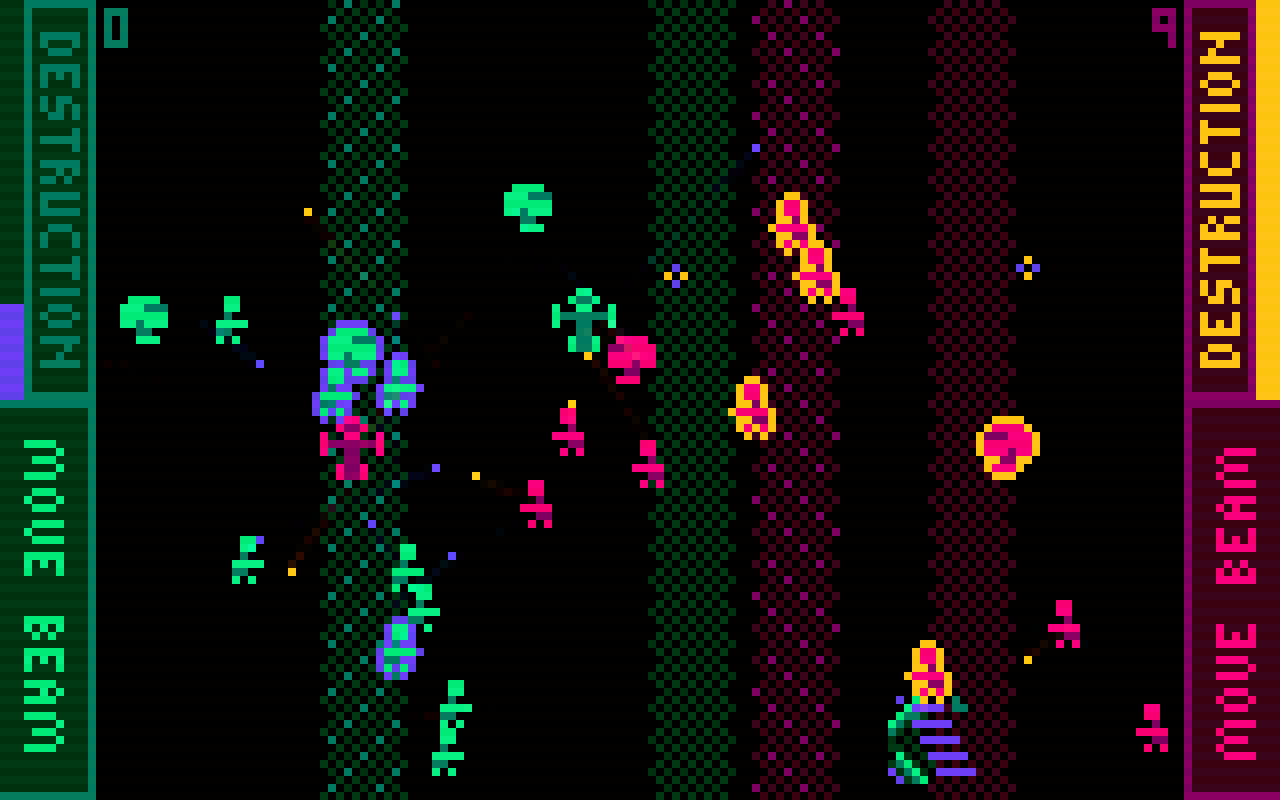