edit: please bear in mind that this was a prototype made in a week. the commercial game i have now released based on it has the same basic idea but is considerably more advanced and more clearly explained. this prototype is not intended as a demo version. 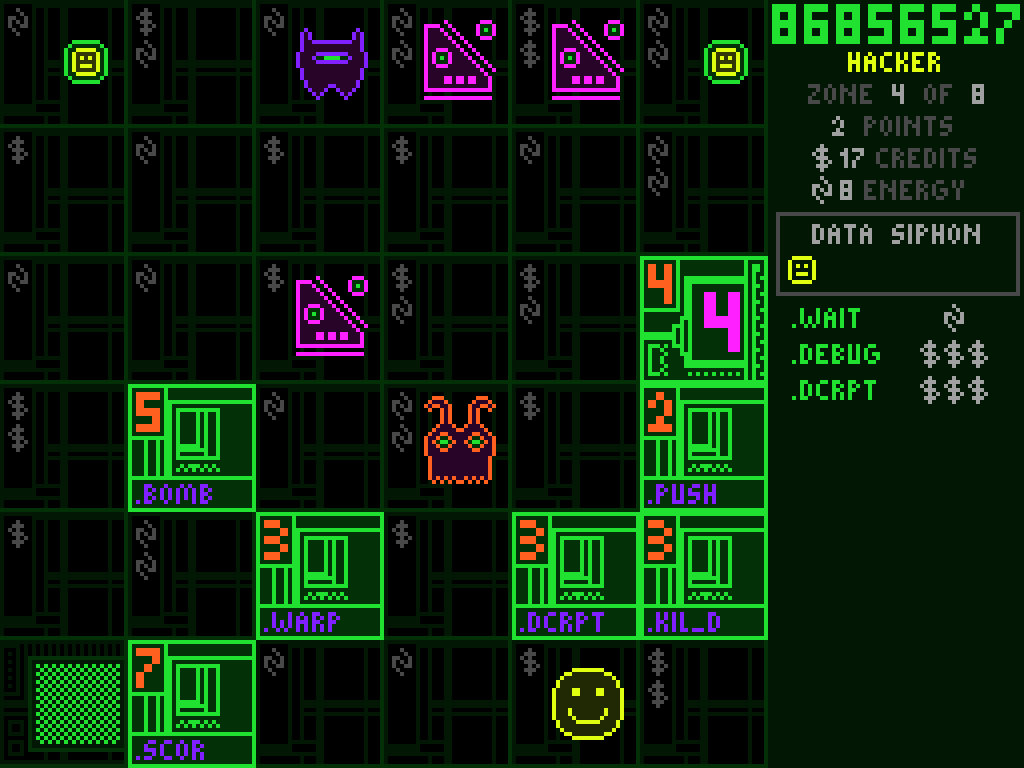 There are some issues that I don't have had time to fix yet, due to the whole seven-day thing:
- It's quite complex and I skimped on explanations so expect confusion.
- The mac version doesn't work on older versions of the operating system (this is part of Apple's planned obsolescence hellhole; the latest version of xcode won't build for older systems but I'm forced to update to it because the older ones won't build for newer systems and I've been forced to update the operating system on my ipad so UGH; basically I have to have multiple xcode versions installed and I really can't be bothered untangling this mess right now so).
- It might crash on completion. Or other times, who knows?
- It doesn't save.
- It might not be that well balanced, there's lots of costs to get right and I haven't played enough yet.

I intend to spend more time on this and release a more finished version in a few weeks.

Some explanation if you're finding it too confusing:
- Arrow keys move, moving towards an enemy attacks it.
- You pick up resources from tiles by using DATA SIPHON, which are the smiley faces you collect.
- Siphoning floor tiles gives credits or energy, which are spent to activate programs.
- Siphoning wall tiles gives programs or points.
- The red number on a wall is how many enemies will appear when you siphon it.
- Mouse-over walls/programs to see what they do.
- Click programs (on the right sidebar) to activate them.


edit: hahahah I said "a few weeks". anyway it's released on ios now and I'm still working on an updated PC version.. it's way way better now though!
edit: now also available on steam.
Posted by Brog at 16:30