General update on things I'm working on. Being a parent takes a lot of attention and I don't have the focus to make a big new thing. Making new game takes an intense burst of work to get off the ground and then it evolves more leisurely. I think there's another of these roguelikes brewing up inside me but it will have to wait for its time. I can make something small like P1 Select but even that required a week of doing much less than my share of housework and childcare, only possible because mother-in-law staying with us at the time. But overall things are great, our baby is absolutely incredible, I think it's reasonable not to expect to achieve much other work while you're bringing a new human into the world. 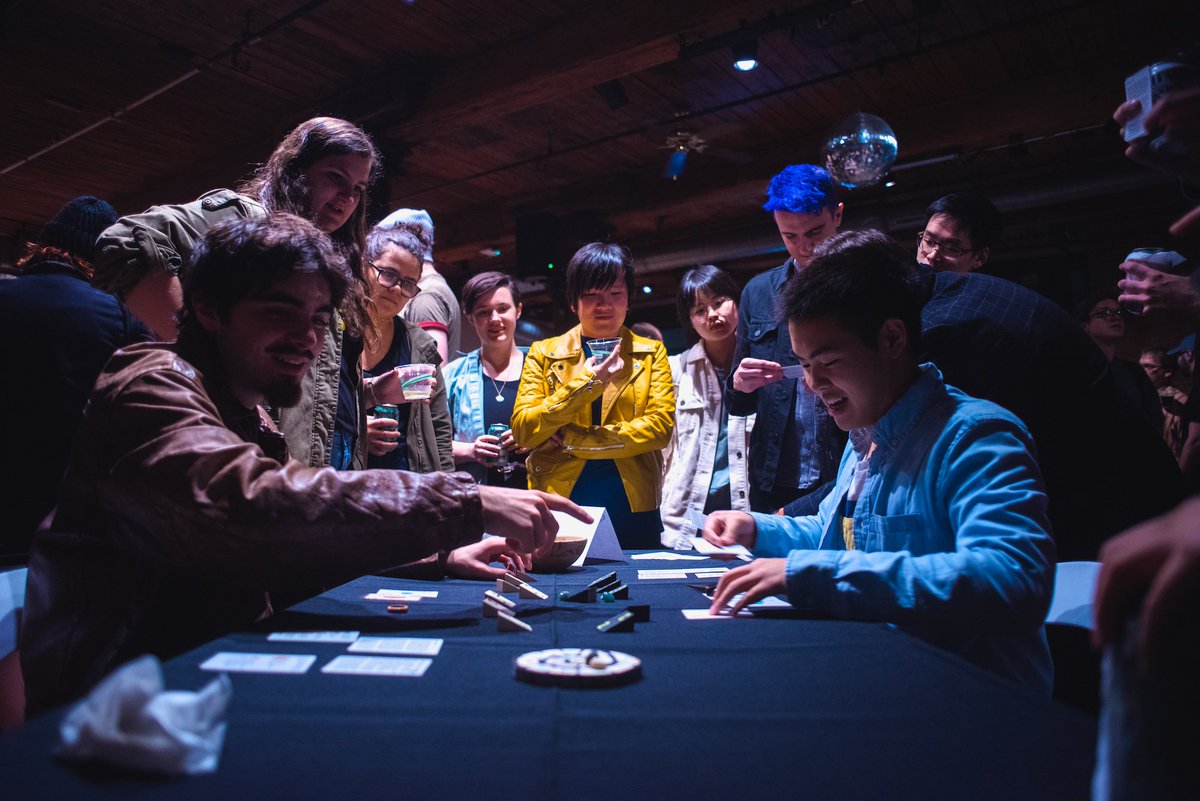 I made Quinzena for No Quarter. It's a tabletop game of secret bids and dramatic reveals. I'll write a fuller post about it at some point. Basically every year they commission four artists to make new games, they throw a big party and lots of people play, and often the games are developed further after the show. I was a bit iffy about taking on a project with a deadline given new-parent constraints but we agreed that if things didn't work out then I could do the same as with P1 Select and jam out something while neglecting responsibilities for a few days, in the end it was pretty busy getting all the pieces painted. I'm happy with the game and it went down very well at the event. It was great to be paid to make a game for a specific setting where people could play it with each other - when I've made local multiplayer videogames they've been very hard to sell and often the people who want to play them have trouble finding someone with whom to do so. Now I'm continuing to work on the game, tweaking a couple of cards and trying out adding a new element that carries between rounds, little bit more complexity but not too much, once this is settled I'll work out how to publish it (people mostly seem to do kickstarters for board games?). I found it really satisfying to make and I can see myself doing more board games in future.

I'm working on a final Imbroglio expansion, I had planned to do four but it'll be better if I just put the best ideas I had for two together and make one really good one. If you want to count four things, include the original game. I wrote in January about how these are not so much worth working on from financial perspective, but the thing right now is it's something incremental I can do because the groundwork is already laid. It's a good expansion: the new heroes all do weird things that make it feel like a quite different game, and I think I've finally worked out how to make a draft mode decent. New weapons are a bit all over the place at the moment; some neat ideas but with there being so many cards already and not many parameters to balance them with it's hard to make them make sense.

I'm working on a big update to Cinco Paus. People on the brough games discord have been exploring the game very thoroughly and finding all kinds of little edge case bugs and game-breaking combos, so I'm gradually fixing those, plus I'm balancing the artifacts to make their choices more interesting. Also trying adding some new artifacts to increase late-game variety, these are cool ideas but need a bunch more testing to see if they'll go in. Feels almost like a mini-expansion, but probably not enough to justify making it separate, I'm not going to add new enemies or wand effects. The game is very complete and doesn't strictly need more stuff at all but again this is the kind of thing that's easiest for me to work on at the moment so I'm doing it, hopefully it still adds something and if I don't feel it does I won't keep it in.

So actually I'm working on three projects in parallel? Somehow that doesn't seem efficient for limited parent's work time but that's what's happening. I also have a fourth that is kind of paused, it's a word game, I think I mentioned it on here before, it's mostly done but just needs finishing off, finishing projects can require a focused period of work the same as starting them, so I'm putting this off until I can concentrate on it, no doubt it will benefit from having had time to sit.
Posted by Brog at 13:41